Following is a list of international sports events affected by the coronavirus that has killed over 2,500 people and infected more than 78,000, at the time of writing, after it first emerged in Wuhan, Hubei province in China, in late 2019. The impact of the virus has been felt globally with Iran, South Korea, and Italy the latest to see a spike in cases but largely in China.

Hong Kong marathon which was scheduled for 9 February was called off on 25 January affecting 70,000 runners who had planned to participate. Other local marathons in Wuhan and Wuxi were also scrapped.

The World Athletics Indoor Championships, which had been scheduled for Nanjing from 13 to 15 March, have been postponed until next year. World Athletics is working with organisers to settle on a date to host the biennial event in 2021.

The Asian Athletics Association cancelled the 12 to 13 February indoor championships in Hangzhou.

The Tokyo marathon’s mass participation race, in which 38,000 had registered, has been cancelled. The race would only see the elite marathon runners taking part – 176 athletes and 30 wheelchair athletes. 1800 runners from China were registered to compete in Japan on 1 March. The race acts as an Olympic trial for Japanese marathon runners.

Nagoya Women’s Marathon, scheduled for 8 March, has been limited to elite runners only. The elite field features only the invited athletes and those who have run marathons in 3 hours or less. The public marathon and related events were expected to attract nearly 40,000 people. The 25 February to 1 March China Masters tournament in Hainan was postponed after several players withdrew. The BWF said it hoped the flagship Badminton Asia Championships could still go ahead in Wuhan from 21 to 26 April.

The team event of Badminton Asia Championships was subdued after China and Hong Kong were forced to withdraw. The tournament taking place in Manila saw the two countries pull out due to the travel restrictions imposed on Chinese nationals by the Philippines government. Additionally, India women’s team pulled out late with their male counterparts going ahead.

The International Basketball Federation moved the 6 to 9 February Tokyo Olympics qualifiers to be held in Foshan to Belgrade.

Olympic test event in Zhangjiakou scheduled for 27 February to 2 March has been cancelled.

The International Olympic Committee announced Jordan as hosts of the boxing qualifiers for Asia and Oceania after an event in Wuhan was cancelled. It will now take place in Amman from 3 to 11 March.

The Overwatch League postponed three weeks’ worth of scheduled matches in Seoul. The league previously postponed matches scheduled for three cities in China this month and rescheduled them for March in Seoul. Those matches, along with previously scheduled home dates for the Seoul Dynasty, have now been postponed. China’s Wang Shanshan in action against the Taiwanese in their Olympic qualifier at their relocated match in Sydney. AP

Asian Champions League matches involving Chinese clubs Guangzhou Evergrande, Shanghai Shenhua and Shanghai SIPG have been postponed. Guangzhou and the Shanghai clubs will join the competition in April, with their group matches due to be played in May. Shanghai Shenhua and Shanghai SIPG were due to play away at Perth Glory and Sydney FC but Australian officials sought to reschedule matches after their government imposed a travel ban on foreign nationals arriving from China.

A four-team women’s Olympic qualifying tournament involving China, Australia, Taiwan, and Thailand was moved from Wuhan and rearranged to be held in Australia by the AFC. China vs. South Korea playoff on 11 March has been moved from China to Malaysia. China women’s team’s “home” match against South Korea in the final qualifying stage for the Tokyo Olympics to be played in Sydney.

The Chinese Football Association said domestic games at all levels would be postponed.

Asian Football Confederation (AFC) further said preliminary stage matches of the East Zone of the AFC Cup 2020 were postponed by a couple of months to recommence on 7 April due to travel restrictions imposed in several countries.

Three Italian top division football matches in Serie A scheduled for Sunday in the northern regions of Lombardy and Veneto were suspended after deaths of two people infected with the virus. On orders from the Italian government, the games called off were: Inter Milan vs. Sampdoria, Atalanta vs. Sassuolo, Hellas Verona vs. Cagliari, Torino vs Parma. Only Genoa vs Lazio and AS Roma vs Lecce went ahead on 23 February. A Serie B match featuring Ascoli and Cremonese was called off on Saturday around one hour before the scheduled kickoff. Additionally, Milan’s game against Fiorentina in the Serie A women’s league was also postponed. 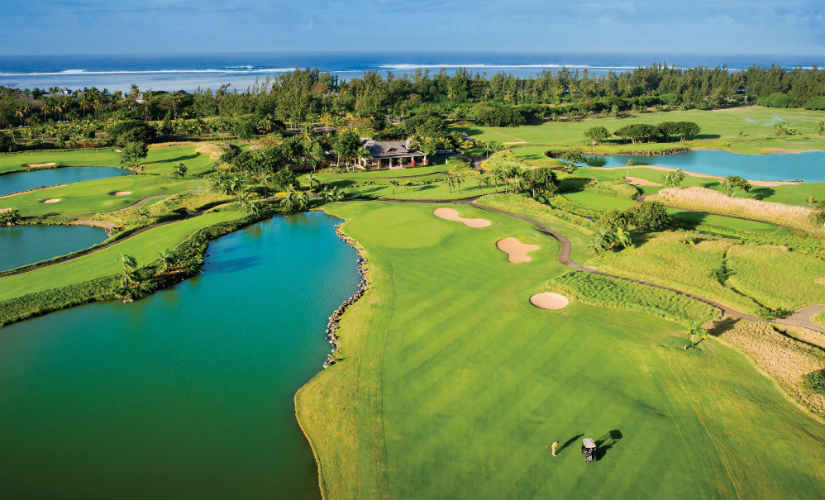 File photo of a golf course.

The tour also canceled the Honda LPGA Thailand event in Pattaya scheduled for 20 to 23 February and the 27 February to 1 March HSBC Women’s World Championship in Singapore.

PGA Tour postponed two qualifying tournaments and the start to its PGA Tour Series-China circuit. One qualifying tournament for players from mainland China was moved to Indonesia. The season was scheduled to start on 26 March with the Sanya Championship, followed by three straight weeks of the Haikou Classic, the Chongqing Championship and Guangzhou Open. It will now start late May or early June.

Maybank Championship in Kuala Lumpur, Malaysia, on the European Tour scheduled from 16-19 April has been postponed.

Spectators have been banned from the Daikin Orchid Ladies tournament in Okinawa on the Japan LPGA Tour. The event will be run from 5-8 March. 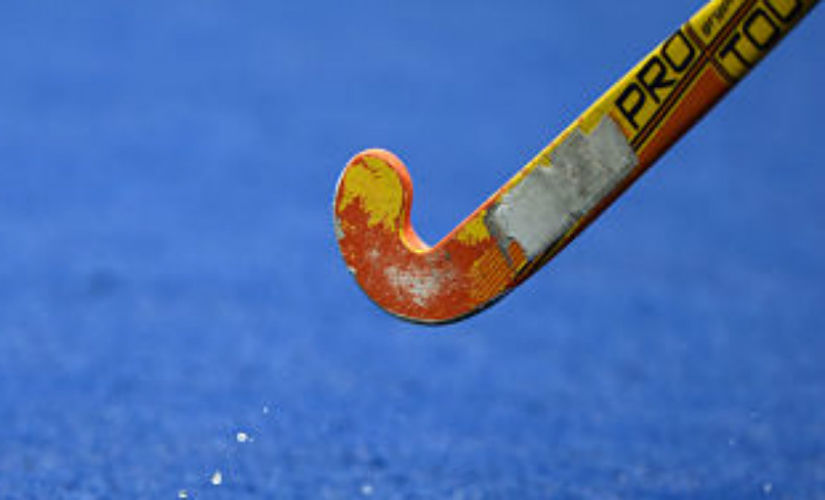 Representational image of a hockey stick.

Hockey Pro League matches between China and Belgium, Australia, scheduled for 8-9 February, 14-15 March respectively will not be played.

World championships moved from Xiamen to Cancun, Mexico from 25-31 May.

World laser run championships moved from Xiamen in May to Weiden, Germany in August.

The all-electric Formula E motor racing series abandoned plans for a race in Sanya on 21 March.

The Formula One Chinese Grand Prix will not take place as scheduled on 19 April due to the outbreak of the virus. The absence of the Chinese event would leave a four-week gap between the Vietnamese Grand Prix on 5 April and the Dutch Grand Prix on 3 May. “The Chinese Grand Prix has always been a very important part of the F1 calendar and the fans are always incredible,” Formula 1 said in a statement. “We all look forward to racing in China as soon as possible and wish everyone in the country the best during this difficult time.” No alternative date has been mentioned.

The coronavirus outbreak affected the Singapore and Hong Kong legs of the World Rugby Sevens Series as the tournament has been postponed, World Rugby announced on Thursday. As per the new schedule, the tournament will now take place on 10 and 11 October, and the Hong Kong leg has been moved from 3 to 5 April to 16 to 18 October. Singapore Sevens, meanwhile, scheduled for 11-12 April has been moved to 10-11 October.

A women’s Six Nations rugby match between Italy and Scotland scheduled for Legnano near Milan was postponed. A Six Nations statement read: “Further to an increased number of Covid-19 cases in the Milan area, the Italian authorities have decided to cancel all sporting events in the Veneto and Lombardi Regions. As a result of this decision, the Women’s Six Nations match between Italy and Scotland scheduled to be played today will not take place. Six Nations Rugby are looking at options with the FIR and Scottish Rugby to reschedule this fixture at a later date.” The International Tennis Federation moved the Fed Cup Asia/Oceania Group I event featuring China, Taiwan, Indonesia, South Korea and Uzbekistan out of Dongguan to Nur-Sultan (formerly Astana) in Kazakhstan. But the 4 to 8 February event was later postponed to Dubai after Kazakhstan declined to serve as substitute hosts.

China have been forced into forfeiting their Davis Cup tie against Romania because its men’s tennis team cannot travel out of the country. The International Tennis Federation cited “increased restrictions in response to the current coronavirus outbreak” for the decision. China were due to play in Piatra Neamt on March 6-7 in a World Group I Playoff. The forfeit means Romania advance to World Group I tie in September with China dropping into World Group II.

The women’s tour has called off the Xi’an Open “due to the coronavirus outbreak.” The hard-court event was supposed to be held 13-19 April, with 32 singles players and 16 doubles teams. There would have been $115,000 in prize money at stake.

Local organisers and the Switzerland-based International Olympics Committee have said repeatedly the games will not be cancelled or postponed. The Tokyo Olympics open on 24 July and the Paralympics open on 25 August.

On 21 February, training for 80,000 unpaid volunteers was being delayed until May or later.

Drug testing programs on mainland China were halted on 3 February following the outbreak of the virus. WADA said drug testing would resume in the week of 24 February on a “phased basis” with priority given to testing elite level athletes from higher-risk categories and sports. WADA emphasised that while CHINADA (China Anti-Doping Agency)operations were suspended testing on Chinese athletes training and competing outside their country continued with more than 1,200 tests conducted.

IWF said Kazakhstan had restricted travel to and from countries neighbouring China, forcing organisers to seek other options, and they had settled on Uzbekistan which will now host the 16-25 April competition in Tashkent.

Chinese wrestlers will not be taking part in the Asian Wrestling Championships in New Delhi that will start on 18 February. The wrestlers have not been granted visas by the Indian government. The move will impact 40 wrestlers who were scheduled to compete. Wrestlers from North Korea and Turkmenistan also withdrew.

“We have got to know that the government has not granted visas to the Chinese contingent and so they are not taking part in the Championships,” said Wrestling Federation of India assistant secretary Vinod Tomar.

Asian Olympic qualifying event from 27-29 March has been moved from Xi’an to Bishkek, Kyrgyzstan.

Following is a list of international sports events affected by the coronavirus that has killed over 2,500 people and infected...

Perth: Spinner Poonam Yadav claimed three wickets as India defeated Bangladesh by 18 runs in a Group A match of the...